Health Promotion and Wellness efforts aim to address sexual violence by applying the public health framework with an emphasis on primary prevention programs. The intent of primary prevention is to build knowledge and awareness of health issues within a community. The focus is on the greater good for the population being served, and in this area we aim to create a campus culture that respects all and does not tolerate any form of violence (examples: all forms of gender-based violence, hazing, micro-agressions, cyber stalking and bullying).

In a public health framework most align with three levels of prevention. Health Promotion and Wellness work around gender-based violence and health and well-being mainly addresses priority health issues within the sphere of primary prevention. For better understanding, it is important to review primary, secondary and tertiary prevention together.

Health Promotion and Wellness mainly dedicates its resources to primary prevention efforts through the lens of the Socio-Ecological Model (SEM) . The SEM is based on research demonstrating the effectiveness of addressing health issues through multiple levels of strategies ranging from individual to societal. Illinois State University, community entities, state and national agencies develop and implement policies, campaigns, resources and initiatives that address the complex health issue at each of the levels of the Socio-Ecological Model. For this approach is the most effective and comprehensive way to resolve complex health issues like interpersonal violence, alcohol abuse, and food insecurity. The SEM demonstrates how the involvement of the entire community plays such a pivotal role in the well-being of people, places, and the culture. 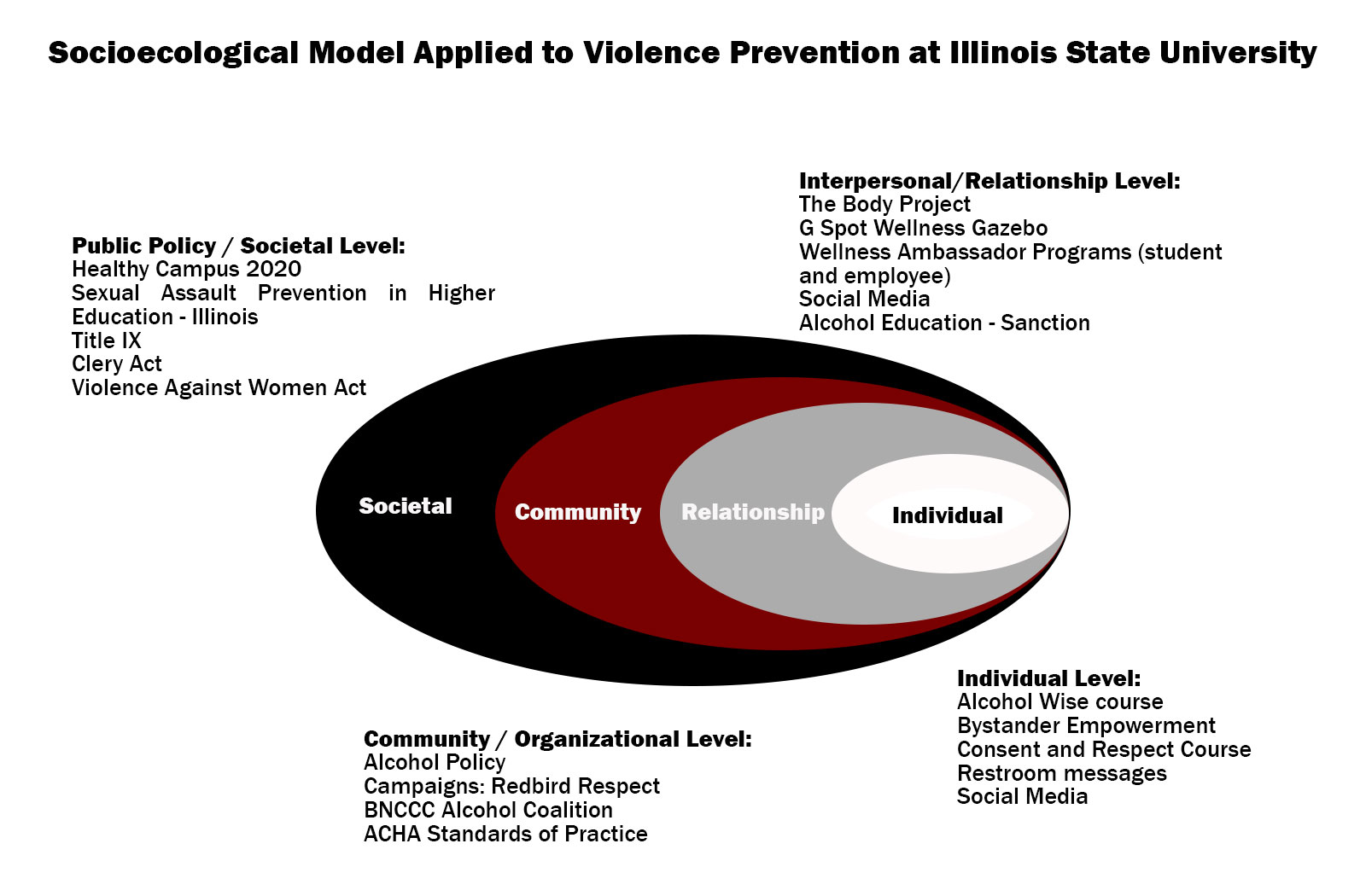 Below are factors that increases the likelihood that a person will commit a violent act. These risk factors are not direct causes of violence, instead, risk factors contribute to violence.

Protective Factors: anything that decreases the likelihood of a person committing or perpetrating an act of violence. Research in this area is ongoing; however, there are a few protective factors that have been identified.

Watch out for people that:

Resource:
Friends Raping Friends, Could it Happen to You? The Project on the Status and Education of Women, Association of American Colleges, 1997